"But if ye will not drive out the inhabitants of the land from before you; then it shall come to pass, that those which ye let remain of them shall be pricks in your eyes, and thorns in your sides, and shall vex you in the land wherein ye dwell." Numbers 33:55

I wonder if the Apostle Paul had this verse in mind when he wrote: 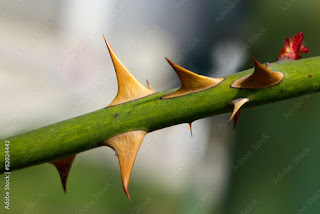 Before the Israelites passed into the Promised Land God gave them a number of instructions, to which they agreed to abide. God warned them of what would happen if they didn't.

The Israelites crossed the Jordan  River into a new life. There would be worldly things and people they would need to get rid of in order to have "Promised Land Living." God promised to prosper them in this new land flowing with milk and honey, but first they had a job to do. They'd need to prove their faith by obeying God. They'd have to endure warfare before peace would come. They'd have to make sacrifices before they partook of the bounty.

The Bible overflows with wisdom. You want to live well with your spouse? The Bible tells you how. You want to have a successful career? The Bible teaches you what kind of a work ethic you need. You want to have good friends and peace with your fellow man? The Bible instructs you on how to build quality relationships. The precepts and principles taught in Scripture on how to live can be used by anyone - Christian or not. In fact, many principles taught in the best business management and personnel management texts mimic what is said in Scripture.

The problem is, we tend to follow our hearts, which almost always leads us down roads that end in disaster.

A couple of things happened after some success in the Promised Land. Israel forgot to inquire of God before making an allegiance with a people group and that led to heartache. Then later, they began to see the enemy rather than God's leading and became fearful. Their fear meant they were no longer trusting God, and it prevented them from expanding their borders to the extent that God promised them.

In the end, the old inhabitants remained and caused them trouble.

"I also will not henceforth drive out any from before them of the nations which Joshua left when he died: That through them I may prove Israel, whether they will keep the way of the LORD to walk therein, as their fathers did keep it, or not." Judges 2:21-22

When we call upon the name of the Lord to be saved (when we ask Jesus into our hearts), if we have truly humbled ourselves before Him, over time we will be convicted of things in our lives. Our love for God will grow as we grow in our knowledge of Him. As we grow in love our desire to please Him will grow, and that will lead us to desire to eliminate, or drive out, those things that do not please Him.

I wonder, when Paul penned those verses in II Corinthians 12, if he was thinking about the Israelites inability to remove the inhabitants of the land. I wonder if he saw something in his life he couldn't have victory over, some recurring fault that shamed him whenever it took hold of his life.

"...My grace is sufficient for thee: for my strength is made perfect in  weakness." II Corinthians 12:9a

The further I get along in life, the more things I find to regret. Words spoken I will never be able to take back. Actions done that I wish I had not committed. Feelings evolved that I wish I had never allowed to develop. These regrets remind me of those nations the Israelites failed to drive out of the land. Yet, God in His abundant mercy, took those nations and used them to prove Israel.

As a child of God, I am thankful for His grace. I still live in this world and in this flesh. I still do things I shouldn't do. I'm still human. And yet, God's forgiveness abounds. His grace that saved me stands and reminds me even when I've sinned that He has covered it. In my weakness, His strength is made perfect because His grace is sufficient. Thank you, Dear Lord.
at September 30, 2021 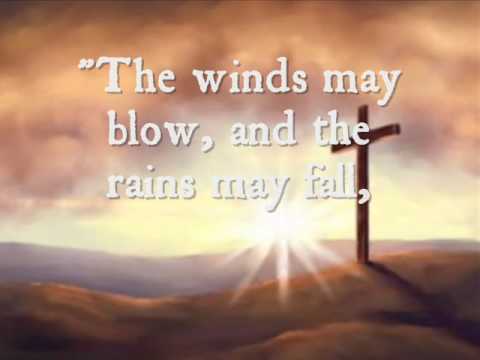